On 14th of May 2020, the VASCUNET committee (www.vascunet.org) held its Annual Spring Meeting 2020. In line with many other activities, due to the global pandemic, the committee met virtually instead of the regular face to face event.

Despite new challenges, this meeting was one of the most effective and productive meetings in the long history of this international collaboration (1997-2020). Not less than 40 representatives from 25 countries involving Europe, Australasia, Russia, and Brazil were attending. During this virtual meeting, numerous short presentations have been presented, and the VASCUNET collaborators discussed major real-world data projects concerning among others peripheral arterial occlusive disease, popliteal artery aneurysm, aortic aneurysm and dissections, mycotic aneurysms, EVAR explants, and carotid artery stenosis. Besides, the VASCUNET collaborators found a consensual agreement to further improve the harmonization of real-world evidence and validity of registry data. 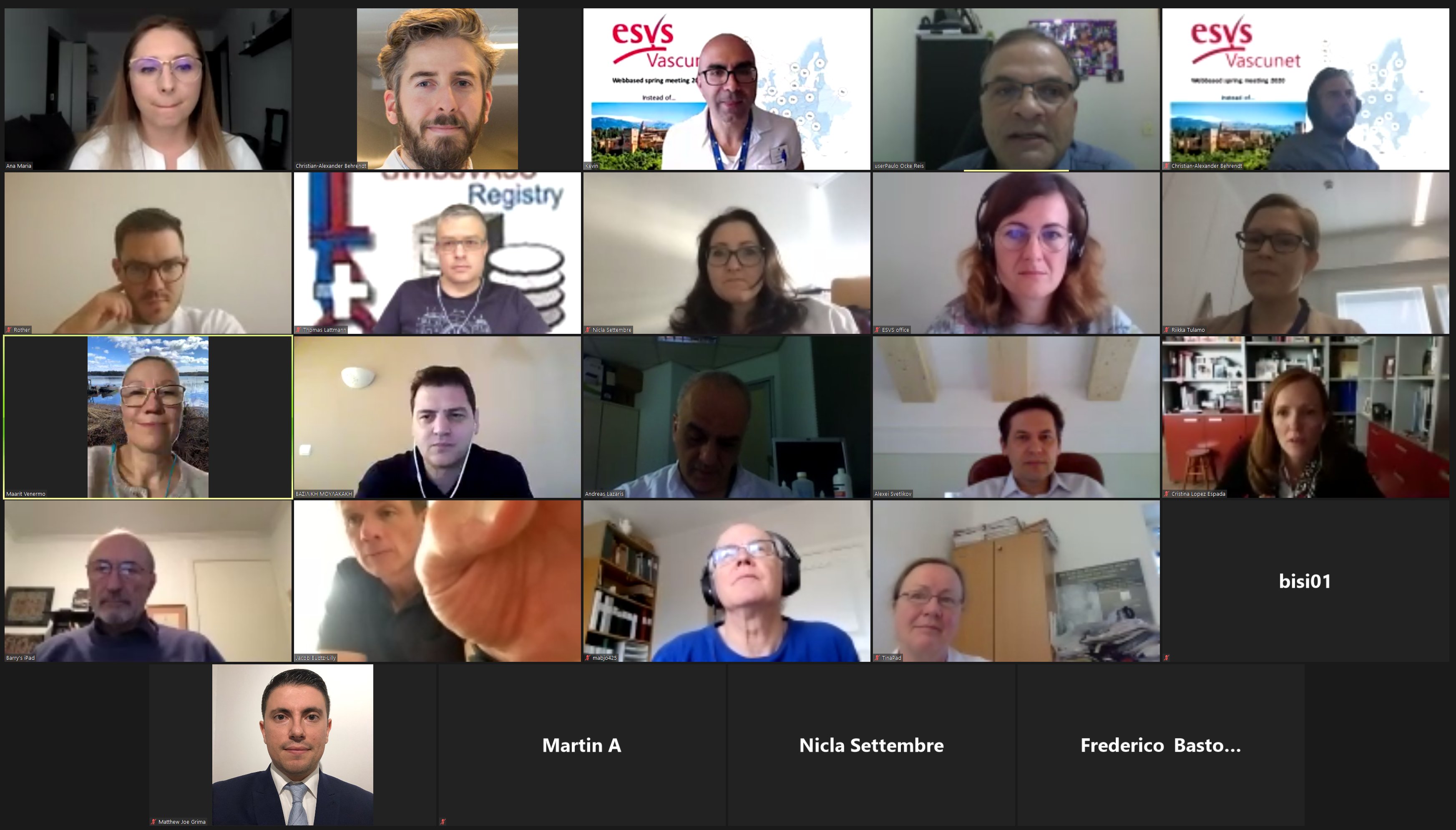 After three years as VASCUNET chair, Kevin Mani (Uppsala, Sweden) stepped down to be assigned as Co-Chair of the International Consortium of Vascular Registries (ICVR), where he will represent the VASCUNET hereafter. In 2014, the VASCUNET and the Vascular Quality Initiative (VQI) of the Society for Vascular Surgery (SVS) amalgamated to this transatlantic collaboration. Kevin is succeeded by Christian-Alexander Behrendt (Hamburg, Germany) as chairman of the VASCUNET collaboration.

Between 2017 and 2020, the VASCUNET grew rapidly to an intercontinental collaboration aiming to improve the quality of vascular care and health services research using data from clinical and administrative registries. Various papers have been published during the last three years. Besides, novel challenges entered the stage, e.g., the European General Data Protection Regulation (GDPR), the Medical Device Regulation (MDR), and a global pandemic that recently threw the world into turmoil. During the next three years, the VASCUNET aims to implement a common GDPR-compliant infrastructure for data collection and analytics inside the legal framework of the European Union. As vascular surgery plays a central role in interventional and open-surgical vascular medicine, we will further develop ways to use the registry network for device evaluation and surveillance.

Several interesting VASCUNET reports on PAOD, PAA, and TEVAR treatment will be published during the next year. In addition, an international Delphi consensus process concerning complex endovascular aortic repair and the VASCUNExplants project were initiated most recently.

We look forward to further improve the real-world evidence and extend this research network.